This page:UHH > Humanities > AAI > The Early Islamic Empire at Work - The View from the Regions Toward the Center > News > lecture series > Qadis and their Social Interactions Under the Abbasids

Qadis and their Social Interactions Under the Abbasids

In his lecture, Mathieu Tillier outlines the role of qadis under the Abbasids (750-1258). From the earliest decades of Islam, Muslim rulers appointed qadis to dispense justice among their subjects.  However, under the Abbasids, these judges also had to manage goods and properties. This additional responsibility required Muslim judges to know the business of their district’s population. Their integration into local society facilitated their understanding of social dynamics. However, this membership in local and tribal networks could also  threaten their judicial neutrality. The lecture addresses how the relations that a qadi maintained with his social environment could be reconciled with the imperatives of Islamic justice. To study this issue, Mathieu Tillier relies on a series of examples available for Iraq and Egypt from the beginning of the Abbasid era. Firstly, he examines the nature of the social networks to which qadis belonged. Secondly, he argues that Muslim rulers and jurists tried to weaken the weight of these networks in order to guarantee the exercise of a more impartial justice. 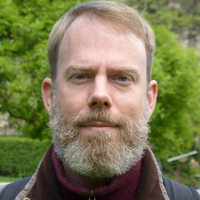 Mathieu Tillier is currently professor of Medieval Islamic history at Sorbonne Université and a member of the research unit “Orient et Méditerranée” (UMR 8167) at the Centre National de la Recherche Scientifique. Previously, he was associate professor at Aix-Marseille Université (2005-2014). He spent two years in Oxford as a Marie Curie research fellow (2008-2010) and four years in the Middle East (Damascus, Beirut) at the Institut français du Proche-Orient (Ifpo, 2010-2014).